The partnership formed within the framework of the project aims to increase the activity of inhabitants in public and social area.

The day of 30/05/2013 was dedicated to the integration all groups involved in the project. Organized different workshops, integration games and a concert played by youth from the Youth Creative Work Centre.

31/05/2013 during conference, panel discussions partners had the opportunity to share the experience in reinforcement of practical and prosocial attitudes in local community. They also discussed the instruments that facilitate participation of inhabitants in local low establishment and planning of social and economic strategies. Particular attention was paid to local budget and to development of non-public sector and volunteerism. Beyond the NGO's members, local authorities and persons involved in voluntary work, to the project were invited people over the age of 50, whose experience was helpful during accomplishing of project goals. This also minimized the risk of social exclusion of this group.

01/06/2013 except of the workshops on participatory budget, in the city park was established "European town" where the project partners presented and promoted their cities, showed their traditions and culture. The event was organized in the open air, among the inhabitants in order to improve the visibility of the project.

02/06/2013 under the slogan "One Europe-many cultures" municipal institutions MOPT and the University of the Third Age were organized intercultural workshops: decoupage, traditional dance workshops, singing workshops, ceramic workshops. There were presentations prepared by the participants.

The project involved mainly active forms of work such as workshops, panel discussions, presentations, active leisure activities and games. The use these kind of tools allowed to integrate project participants, to overcome language barriers and barriers associated with contact with people from different cultural environments. What is more, common work and activity always encourage to sharing problems and finding solutions for them . 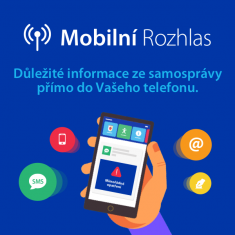